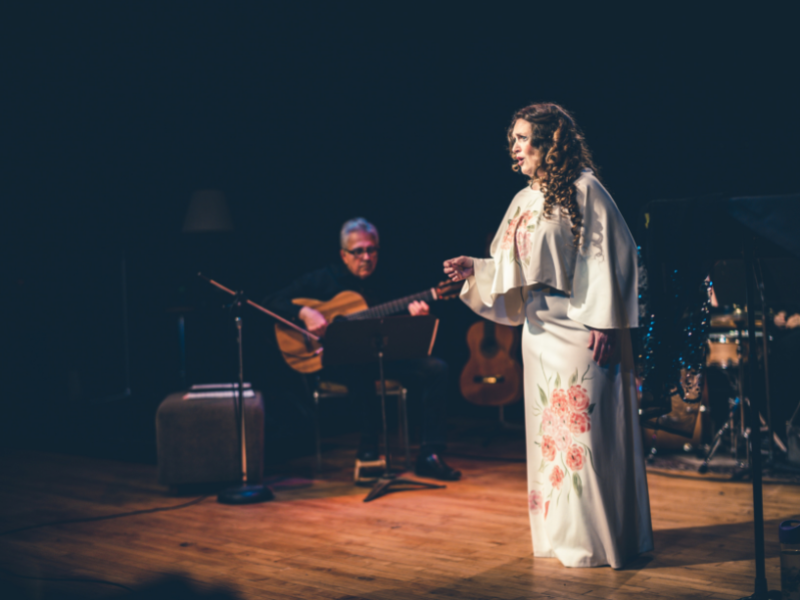 A NEW FULL SEASON OF UNIQUE OPERATIC AND MUSICAL EXPERIENCES INCLUDING CONCERTS, RECITALS, SYMPHONIC CHORALES, AND A SPECTACULAR SEMI-STAGED CONCERT PRODUCTION OF AIDA FEATURING THE FORT WORTH SYMPHONY ORCHESTRA

The 22/23 season brings forth FORT WORTH OPERA’s continued commitment to being, “The People’s Company,” as the organization continues to expand its year-round offerings to include unique operatic experiences that speak to and engage with the Fort Worth Community. FWO’s 2022-2023 season commences on October 21 with performances of Noches de Latinidad: El Fuego de Una Mujer (Latin Nights: The Fire of a Woman) with Catalina Cuervo and Eduardo Rojas, and a one-night-only performance of Noches de Zarzuela, a celebratory Hispanic Heritage Month Concert at Artes de la Rosa Cultural Center for the Arts in the Rose Marine Theater. In November the spotlight shines on Metropolitan Opera Star Karen Slack in concert at the new Van Cliburn Concert Hall at Texas Christian University (TCU), titled My Sister’s Keeper and features award-winning pianist Michelle Cann. In December, the company will partner with the Fort Worth Botanic Garden and the Botanical Research Institute of Texas (BRIT) for a return of our Holiday offering, Amahl and the Night Visitors. Then in January, FWO will present the Southern premiere of Damien Geter’s symphonic work An African American Requiem at the Van Cliburn Concert Hall at TCU. This stunning piece is followed by a revival of the company’s immensely successful Black History Month concert, A Night of Black Excellence, returning to Fort Worth’s historic I.M. Terrell Academy for STEM and VPA in February. FWO’s season culminates with a grand concert staging of Verdi’s AIDA with the Fort Worth Symphony Orchestra (FWSO) at Van Cliburn Concert Hall at TCU, and the annual Hattie Mae Lesley Resident Artist Showcase. 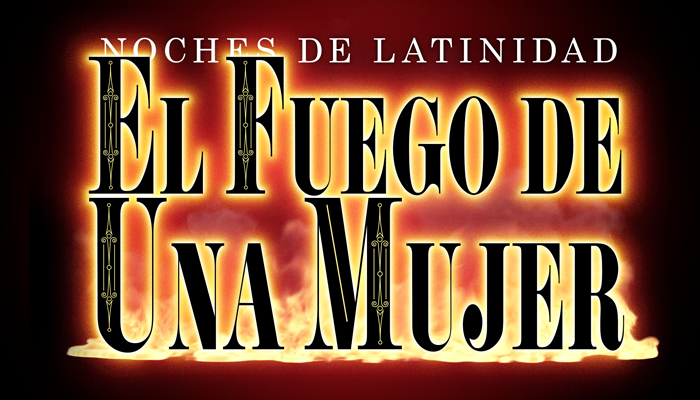 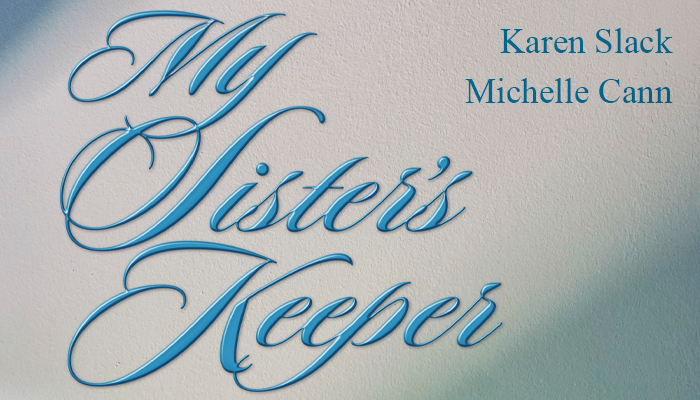 Metropolitan Opera Star Karen Slack returns to perform on stage of the new Van Cliburn Concert Hall at TCU in My Sister’s Keeper, with award-winning pianist Michelle Cann. Recently, both Karen and Michelle received the 2022 Sphinx Medal of Excellence, the highest honor bestowed by the Sphinx Organization. The medal recognizes extraordinary classical musicians of color and comes with a $50,000 career grant. My Sister’s Keeper will highlight the music of Margaret Bonds, Nadia & Lili Boulanger, Dorothy Rudd Moore and Florence Price to name a few.

“We are extremely excited to bring this thoughtfully curated program…to Fort Worth.” says Karen Slack. “This program represents what both Michelle and I strive to do on and off the stage. Giving voice and the spotlight to female composers who have too often been left out of the recital and concert hall.” 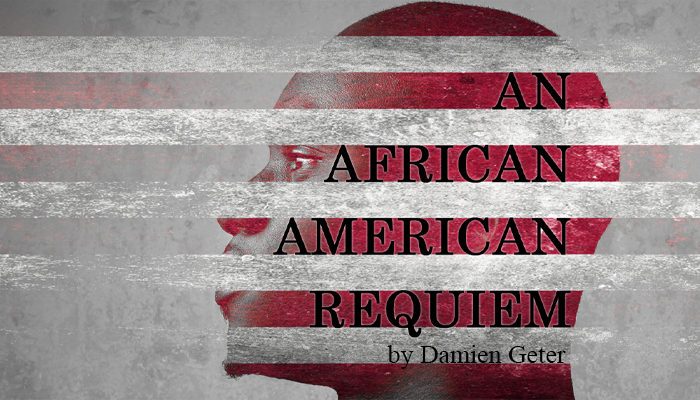 This profound work by Damien Geter was recently premiered May 7 by the Resonance Ensemble and Oregon Symphony, and is the first Requiem to honor African Americans who have lost their lives due to racial violence. Mr. Geter has integrated the traditional Latin Requiem with contemporary text, such as Ida B. Wells speech from 1909, Lynching is Color Line Murder, civil rights declarations, poetry, and the famous last words of Eric Garner and now George Floyd, “I can’t breathe”. The music is infused with elements of jazz, gospel, and spirituals. Presented in 19 movements, the Requiem will be conducted by Mr. Geter himself with soloists Bernard Holcomb, Karmesha Peake, Brandie Sutton, Thomas Cannon, poet and heARTivist Dr. S. Renee Mitchell, the Fort Worth Opera Chorus, prepared by Alfrelynn Roberts, and the Fort Worth Symphony Orchestra. This epic symphonic social commentary will honor past and present victims of racial violence and spur reflection on how to build a more hopeful future. 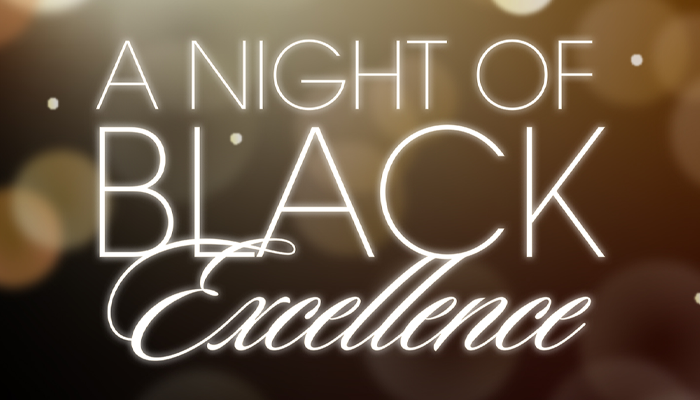 In February, Fort Worth Opera will continue its annual celebration of Black History Month, A Night of Black Excellence with a live performance curated by General Director Afton Battle at Fort Worth’s historic I.M. Terrell Academy for STEM and VPA. Featuring arias and songs exclusively by Black and Afro-Latino(a) composers, the event will be held within the 900-seat auditorium of one of Fort Worth’s most revered educational institutions. Opened in 1882, I.M. Terrell was the city’s first Black school during the era of formal racial segregation in the United States and has produced many prominent 20th century luminaries, including jazz musician Ornette Coleman, Civil Rights leader Vada Phillips Felder, and Tuskegee Airman Robert T. McDaniel. Performance details will be provided at a later date.  Single tickets are not yet available, but you may reserve your seat with the purchase of a subscription package! 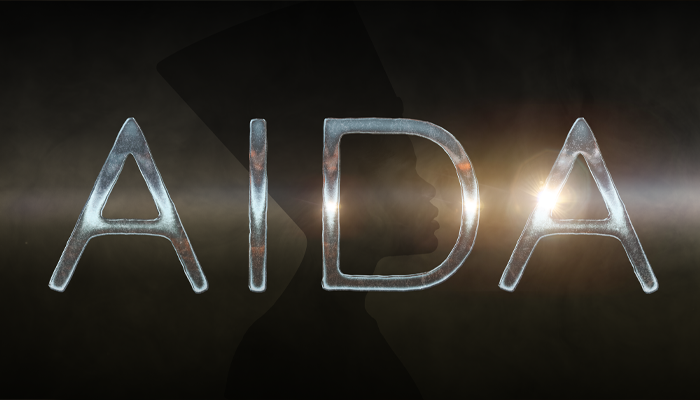 First presented by FWO in 1958, and last seen in 1999, Giuseppe Verdi’s grandest opera AIDA, performs as a concert production with the Fort Worth Symphony Orchestra. Set in the Old Kingdom of Egypt, AIDA tells the fateful story of forbidden love between an enslaved Ethiopian princess, and an Egyptian military commander.  AIDA was commissioned by Cairo’s Khedivial Opera House and had its premiere there in December of 1871.

Making his debut with FWO as director is broadway and cabaret star T. Oliver Reid. He has spent the past 20 years working on Broadway shows which have amassed more than 20 Tony Awards. Elaine Rinaldi will also make her FWOpera debut as the first female conductor in our 75 year history! She is the founder and artistic director of Orchestra Miami, a professional symphonic ensemble based in Miami, Florida.

This larger-than-life concert production will feature Metropolitan Opera and Lyric Opera of Chicago star Michelle Bradley in the title performance that earned her great acclaim in Prague, and the American operatic tenor Ben Gulley will sing the role of Radames. Grammy Award winning American mezzo soprano Tichina Vaughn, who has established an important presence among the world’s leading opera houses, concert halls and theaters will sing the role of Amneris. Grammy and Emmy-Award winning baritone Reginald Smith Jr. will sing the role of the Amonasro. Also in the cast are basses Kevin Thompson as the King, Kenneth Kellogg as Ramfis, soprano Adia Evans as the High Priestess and Nathanial Catasca as the Messenger. 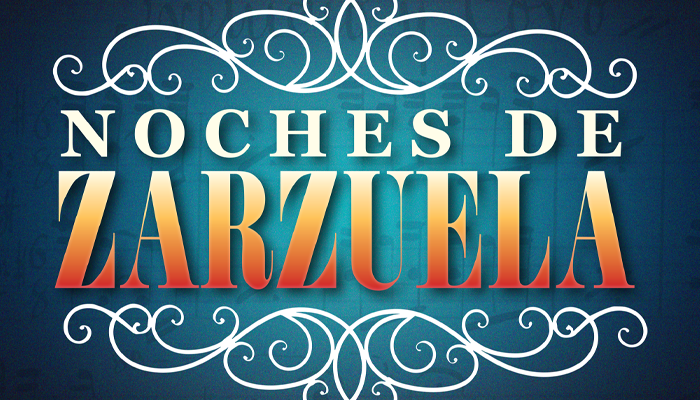 Noche de Zarzuela will take us across the Atlantic for an evening of excerpts from Spain’s most beloved zarzuelas from composers Jacinto Guerrero, Frederico Moreno and Soutullo-Vert. Zarzuela is the traditional Spanish operatic artform, combing musical passages with spoken sections, similar to operetta. Zarzuela performances routinely sell out in Spain, and we are excited to introduce Fort Worth to these captivating works. Catalina Cuervo, Eduardo Rojas, and the Lesley Resident Artists will move the audience through beautiful passages from Los Gavilanes, La Leyenda del Beso, and audience favorite Luisa Fernanda. This one-night-only event is not part of the subscription.

SINGLE TICKETS ARE ON SALE NOW!

We have recently updated our COVID policy, and while we continue to require masks at our events, we will no longer require proof of vaccination or a negative COVID test.  Follow the link below for more information.

Fort Worth Opera’s 75th Anniversary Season will come to a close on June 30th, and as we prepare for the next season, we still need your help!  Together, we will continue forward with our mission to enrich people’s lives with performances and programs that educate, entertain, inspire, and expand the horizons of current and future audiences.

YOU are what makes Fort Worth Opera “The People’s Company” and we ask that you support our efforts with a gift in any amount – $25, $50, $100 or $500.  Your contribution will assist FWO in tremendous ways.

As always, we are grateful for your support and your patronage. 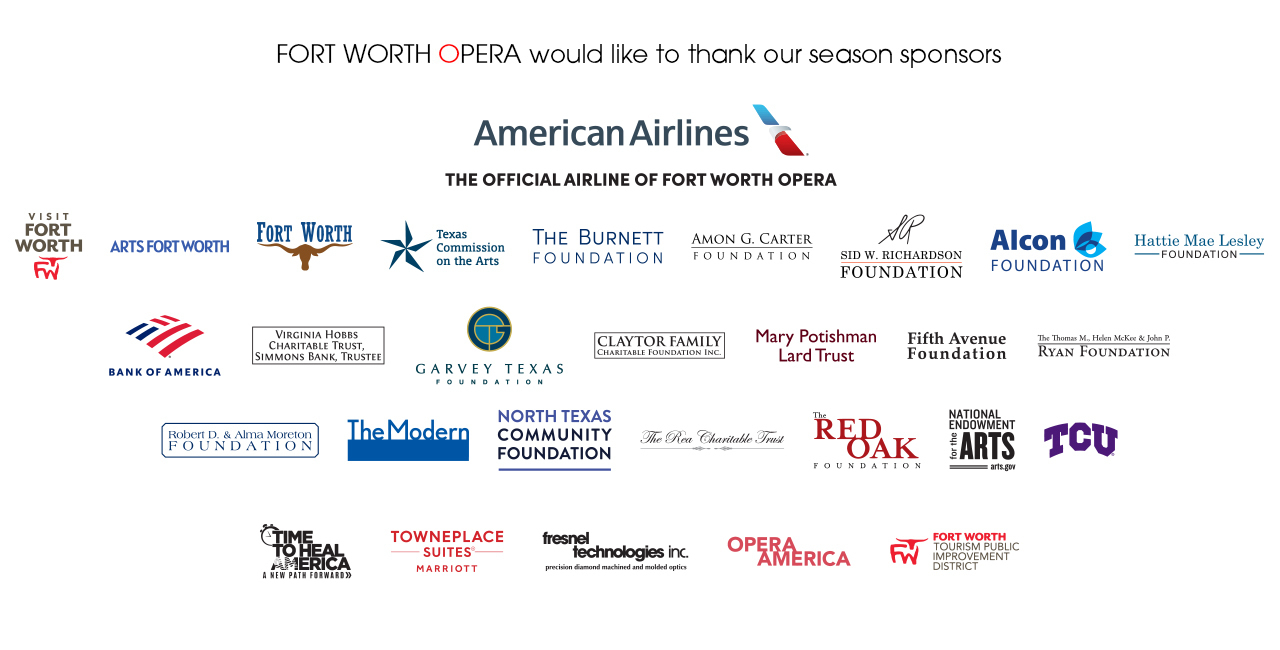 Walk or bike to dine June 3-5 and get FREE STUFF to help you make the most of your summer days outside. Ride a Bike Sharing bike for FREE all weekend long.  Get free stuff just for walking or biking to your favorite local restaurant or coffee shop. Blue Zones Project...
Read More