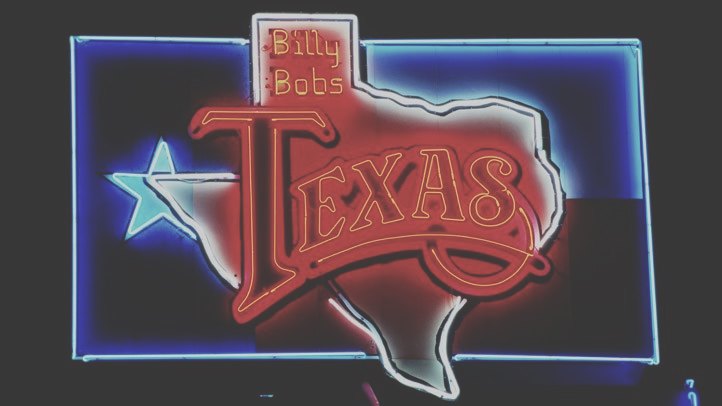 Billy Bob’s Texas will ring in their 40th anniversary with The Gatlin Brothers and Hank Williams Jr.

The celebration doesn’t stop there, following the Gatlin Brothers will be Hank Williams Jr. on April 2 and 3, Midland on April 8, 9, and 10, and Dwight Yoakam on April 16 and 17.

The anniversary celebration is set to last through the entire month of April. The full concert line up is still to be announced, but after 40 years of honky tonkin’- it’s bound to be one party after the next.

Country singer/songwriters Jamey Johnson and Randy Houser will share the stage on their unforgettable co-headlining Country Cadillac Tour, which will begin on Feb. 4 at Billy Bob’s in Fort Worth, Texas. More shows are being added due to popular demand.

The two longtime friends will perform acoustically and swap stories, jokes, and songs. It will be an unforgettable, irreverent and spontaneous evening because no two shows will be alike. They both delivered headline-worthy solo sets before joining forces onstage at the show’s end in 2009 when they performed together at New York’s Bowery Bar. As CMT wrote, “(Johnson) and Houser traded vocals on what amounted to a honky-tonk/Outlaw country jukebox—with the pair tearing through Merle Haggard’s “Ramblin’ Fever,” the Charlie Daniels Band’s “Long Haired Country Boy,” the Marshall Tucker Band’s “Can’t You See” and more by the likes of George Jones, Johnny Paycheck and other renegade forebears.” Johnson and Houser had discussed touring together for years, but their overwhelming solo touring demands hadn’t allowed an opportunity to plan a significant co-headlining tour. This acoustic tour, which will feature proper social distancing and other COVID-19-recommended measures, has been years in the making.

With a pair of critically acclaimed Woods Music/Thirty Tigers releases under their belts in Straw in the Wind (2017) and Old News ­(2019), Nashville-based The Steel Woods have lived up to their name as a hybrid musical force both in the studio, but especially live. The band’s two original members are native sons of the south who both hail from small-town backgrounds. The Alabama-born Wes Bayliss played harmonica from the age of eight in his family’s gospel band, eventually teaching himself piano, bass, and drums. Jason “Rowdy” Cope turned his love of Jimmy Page and Jimi Hendrix into a career as a session guitarist/songwriter and producer, moving to Los Angeles, then playing in Jamey Johnson’s band for nine years.  The two met in Nashville playing the same gig one night in some out-of-town dive, and immediately discovered an affinity for each other. Part hard-edged Southern rock, part Americana roots country folk, man-made, yet organic, rock but also bluegrass, R&B, blues, gospel, soul, and heavy metal, The Steel Woods’ completed their first recordings barely months after they first met before being joined by current bassist Johnny Stanton. And while their albums have received kudos, it is live where The Steel Woods truly shine, expanding on the blueprints on record, involving the crowd in a joyous, communal experience.

Genre-defying guitarist, singer, and songwriter Samantha Fish will take the stage at Billy Bob’s Texas on March 26, 2021. Anyone who has ever heard Fish’s previous albums knows that she has earned a place in the top rank of contemporary blues guitarists and that her voice can wring the soul out of a ballad and belt out a rocker with roof-shaking force.

Larry, Steve, & Rudy, the Gatlin Brothers are a Grammy Award-winning trio who have dazzled audiences for more than sixty years with a lifetime of noteworthy achievements in their storybook career, including a Grammy for Best Country Song (“Broken Lady”), three ACM awards for Single of the Year (“All The Gold In California”), Album of the Year (Straight Ahead) and Male Vocalist of the Year for Larry Gatlin, along with five nominations for CMA Vocal Group of the Year, Single, Album and Male Vocalist of the Year. (DOVE Awards – AMA’s – PEOPLE’S CHOICE info here) The Brothers have accumulated 7 # 1 Singles, 32 Top 40 Records, 22 Studio Albums, and 5 BMI “Million-Air” Awards. Larry ranks 4th as Solo Writer’s with the most self-penned top 40 Billboard Hits! His massive song catalog has been recorded by the Who’s Who of entertainers, including Elvis Presley, Barbara Streisand, Johnny Cash, Roy Orbison, Glen Campbell, Kris Kristofferson, Sir Tom Jones, Dottie West, Charlie Rich, Johnny Mathis, and dozens of others, securing his legacy as one of BMI’s top solo songwriters of all time. For more than 62 years now, the Gatlin Brothers have entertained audiences in some of the world’s largest venues and from some of the most iconic stages, including the GRAMMY Awards, the American Music Awards, the People’s Choice Awards, the Tonight Show with Johnny Carson, Oprah, Hee Haw, Love Boat, the Midnight Special with Wolfman Jack, the Merv Griffin Show, Solid Gold, the Barbara Mandrell Show and their own variety special on ABC – “Larry Gatlin and the Gatlin Brothers”.

Showroom: The Gatlin Brothers at 10:00 pm

Hank Williams Jr.’s extremely impressive resume has spawned 70 million albums sold worldwide, six PLATINUM albums, 20 GOLD albums, 13 No. 1 albums, and 10 No. 1 singles. Marking 52 years since his first album in 1964, Hank Jr. released IT’S ABOUT TIME (Nash Icon Records) on January 15. In addition to the history-making “Are You Ready for the Country,” the project includes new tunes such as “Dress Like an Icon,” “Just Call Me Hank,” “It’s About Time,” and “The Party’s On” as well as re-recorded versions of classics “Mental Revenge” and “Born to Boogie” with Brantley Gilbert, Justin Moore and Brad Paisley on guitar. IT’S ABOUT TIME is Hank’s 37th album in his five-decade career. He continues to add accolades to an extremely impressive resume, which includes ACM Entertainer of the Year, CMA Entertainer of the Year, and BMI Icon in addition to winning a GRAMMY and being inducted into the Nashville Songwriters Hall of Fame. As a touring artist, Hank was a pioneer in bringing arena rock production values to country music, and he remains one of the most consistent ticket sellers in music, period, as generation after generation gets turned on to one of the most dynamic live performers ever to take the stage.

Hailing from Dripping Springs, TX lead vocalist Mark Wystrach fronts Midland’s rich sound that is rounded out with lead guitarist/vocalist Jess Carson and bass player/vocalist Cameron Duddy. Rooted in tradition in both sound and style, the trio initially garnered attention playing clubs in the region. Their critically-acclaimed sophomore album LET IT ROLL (Big Machine Records) earned the No. 1 position on Billboard’s Top Country Album Sales chart upon release, receiving praise from outlets such as Rolling Stone, Variety, NPR, and Entertainment Weekly among others. Wystrach, Carson, and Duddy all played an integral role in writing the 14-track album with Shane McAnally and Josh Osborne which features Country Radio’s Top 40 and climbing single “Cheatin’ Songs.” The album was produced by Dann Huff, McAnally, and Osborne and was a follow-up to the critically acclaimed debut album, ON THE ROCKS (Big Machine Records). Launching in 2017 with rave reviews, ON THE ROCKS was declared “the year’s best Country album” by Washington Post. Their 2x Platinum-certified chart-topping debut “Drinkin’ Problem,” which offers an intentional nod to Country music reminiscent of the 1970s and 80s, earned the band their first GRAMMY® Awards nominations for Best Country Song and Best Country Duo/Group Performance. Midland was also named New Vocal Group of the Year at the 2018 ACM Awards and is nominated for Group of the Year at the 2020 ACM Awards.

ABOUT BILLY BOB’S TEXAS
Located in the heart of the Fort Worth Stockyards National Historic District, Billy Bob’s Texas
opened in 1981 and has since become known worldwide as The World’s Largest Honky
Tonk. This iconic entertainment venue hosts over half a million guests and 300 live music
events annually. Boasting over 100,000 square feet, with a capacity of 6000 fun-loving folks,
Billy Bob’s contains a restaurant, private event spaces, and even real bull riding inside the
Texas-sized venue.