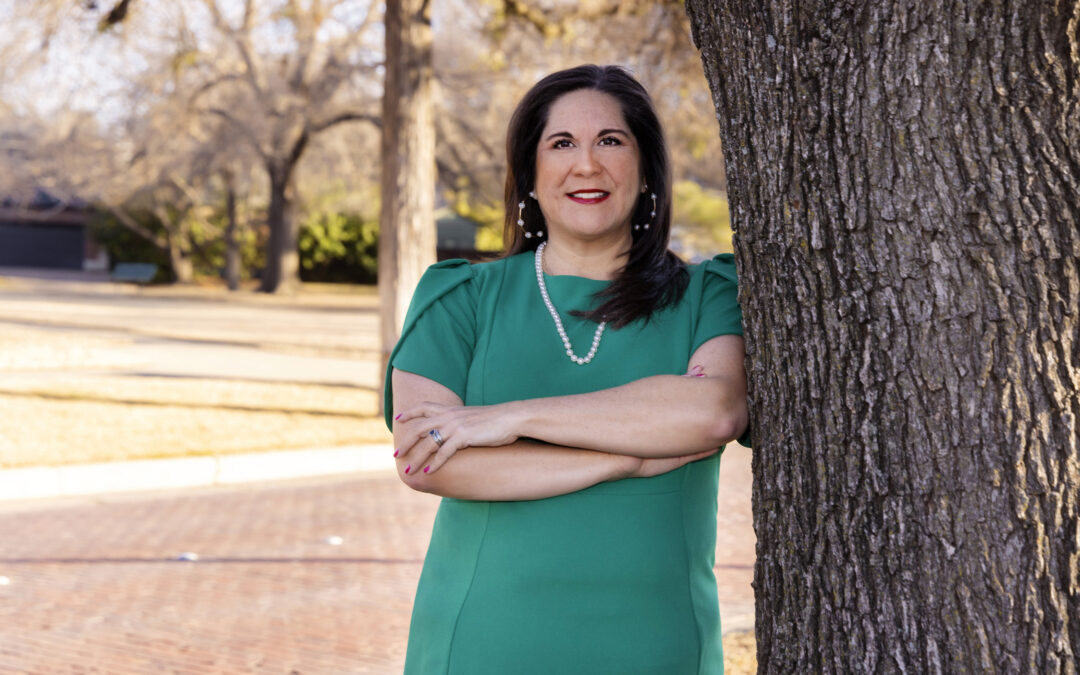 Fort Worth’s historic Camp Bowie District Inc. has named Lydia Guajardo Rickard as the public improvement district’s (PID19) new executive director. Rickard has been operating as the District’s interim leader since mid-October 2021 and has a previous four-year history of marketing the business corridor through her former agency, LComm Marketing and Public Relations. Rickard announced the closure of her marketing firm via social media on January 27.

“We have grown the District to a place where it deserves the attention of fulltime staff and a vison for the next 20 years,” said board chairman J. Mark Harris, president of 8 Feet Development, Inc. “The board of directors has faith that with Lydia’s past experiences and future plans, she will build a team dedicated to advancing small to mid-sized business while improving an already thriving Boulevard.”

Camp Bowie District is comprised of two organizations — a 501(C)(3) and a 501(c)(6) — both engaged in a wide range of activities dedicated to the advancement and preservation of the historic Boulevard. The non-profit arm of the organization is focused on philanthropic and charitable initiatives providing program support, small business focus and marketing efforts. The 501(C)(6) is the member-based arm of the organization that provides advocacy, development and PID management. Improvement efforts have included infrastructure refinement, the implementation of beautification projects, hosting special events and serving as an advocate for all development.

“Camp Bowie District is the keeper of the Boulevard. Our goal is to preserve the integrity of the historic area,” explained Lydia Guajardo Rickard, executive director. “We are dedicated to preserving the economic engine that is assembled of more than 400 small to mid-sized businesses, many of which are locally-owned.”

Camp Bowie District strategically analyzes the historic corridor identifying improvements that are needed. By identifying projects and needs based on evaluations and feedback from businesses, Rickard will lead the delegation of assessments from property owners to fund future PID projects such as maintenance, landscaping & beautification, litter abatement, safety and security, marketing advocacy, communications, economic development and future planning.

Rickard opened LComm Marketing and Public Relations in November of 2006. She quickly grew her communications consulting business to one of the most trusted and versatile marketing firms in North Texas, with a client roster including Davey O’Brien National Quarterback Foundation, Fort Worth Housing Solutions, General Motors (across 13 states), LVTRise, Parkland Foundation, TCU Athletics, United Community Centers, Inc. and more. Rickard’s love for her community shines with two decades of volunteer leadership to a variety of non-profit organizations including Big Brothers Big Sisters, Fort Worth Library Foundation, Fort Worth Sister Cities, Ladies on the Lamb, Tarrant County College (TCC) Foundation, The Warm Place and Victory over Violence.

Mission – To maintain and enhance the historic corridor known as Camp Bowie District to affect economic success for its merchants and businesses, which will result in a thriving and sustainable district.

Camp Bowie District Inc. is dedicated the preservation of the century old commercial corridor. As the connector from the west to the central business district, Camp Bowie Boulevard is home to more than 400 small to mid-sized businesses, with most of them locally owned. The eastern zone of the corridor is paved with red Thurber bricks while the western zone, known as Ridglea is recognized for its Mediterranean pink architecture. Some of Fort Worth’s oldest businesses have or currently call the Boulevard home. The organization seeks to protect the integrity and historical value of Camp Bowie Boulevard.

Contracted with the City of Fort Worth as the manager of Public Improvement District No. 19 (PID 19), property owners pay an additional tax assessment to increase economic vitality and redevelopment along the Boulevard. Today, PID 19 extends from University to Lackland Road and includes portions of West 7th Street, Byers and Lovell.

A NEW FULL SEASON OF UNIQUE OPERATIC AND MUSICAL EXPERIENCES INCLUDING CONCERTS, RECITALS, SYMPHONIC CHORALES, AND A SPECTACULAR SEMI-STAGED CONCERT PRODUCTION OF AIDA FEATURING THE FORT WORTH SYMPHONY ORCHESTRA The 22/23 season brings forth FORT WORTH OPERA's...
Read More