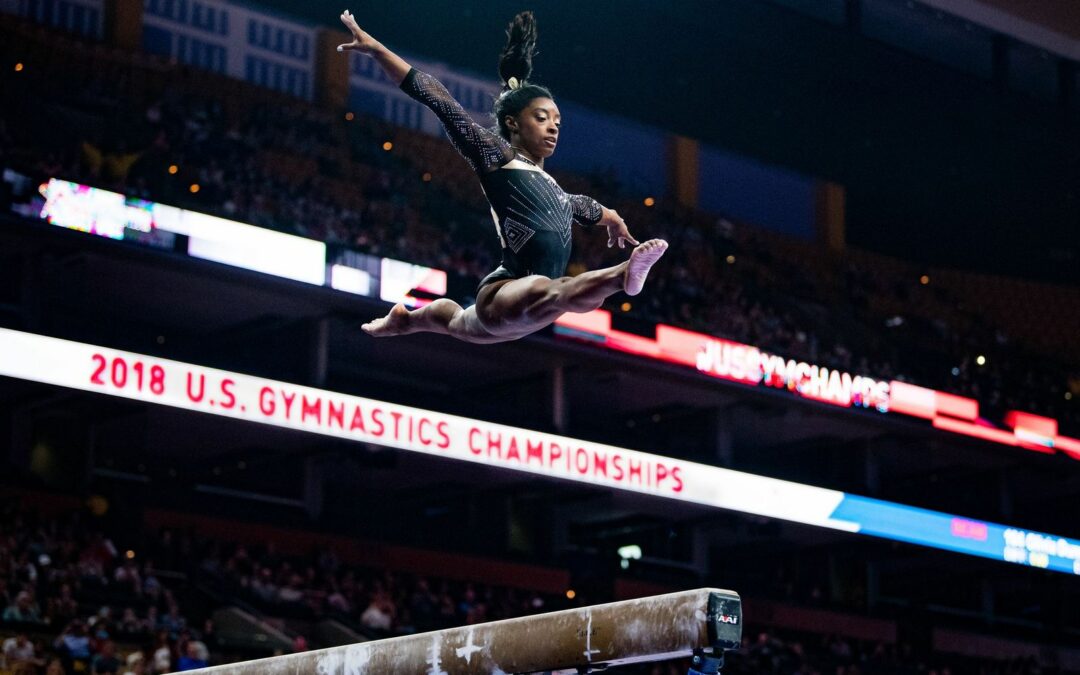 FRISCO, TX (August 19, 2021) – Straight from the world stage, the best gymnasts in the U.S. featuring the most decorated gymnast of all-time, Simone Biles, will headline the Athleta Presents Gold Over America Tour coming to Dickies Arena on October 9. Biles, who medaled with silver for team competition and bronze for the balance beam, will be joined by her teammates Jade Carey who won gold in floor exercise, Jordan Chiles and Grace McCallum who won silver for team competition and MyKayla Skinner who won silver in vault.

You can get your tickets at dickiesarena.com. By purchasing the Gold Squad Premium Upgrade, fans will have an opportunity to dance in the show finale with all the gymnasts.

Produced by MagicSpace Entertainment and promoted by AEG Presents/Concerts West, the show brings all the excitement of a gymnastics competition to hometown arenas nightly as each gymnast performs some of their most famous routines mixed with career highlights, personal videos and social media interactions. The show is a high-energy, gymnastics-meets-pop-concert spectacular that will visit 35 North American cities this fall.

“The Athleta Presents Gold Over America Tour will match athleticism and entertainment,” said Biles. “The show embodies the themes of empowerment and togetherness which was on display in Tokyo. Together, all the gymnasts on this tour want to inspire the next generation of women and athletes.”

These women are not only athletes at the top-of-their-game, but also the ultimate squad. The show emerges from their personal values of empowerment, friendship, positive body image, mental health awareness, and self-confidence. A crew of gymnastic dancers under eye-popping LED video screens and lights rounds out the experience.

The Athleta Presents Gold Over America Tour kicks off on September 21, 2021 in Tucson with stops along the way in Denver, Los Angeles, Anaheim, Houston, Chicago, Detroit, Columbus, Atlanta, Philadelphia, Newark, and Brooklyn, before concluding in Boston on November 7, 2021.

GM FINANCIAL PARADE OF LIGHTS RETURNS LIVE TO DOWNTOWN FORT WORTH FOR THE 39th YEAR ON NOVEMBER 21, 2021 Tickets for reserved “Street Seats” on sale now; float applications are being accepted until October 15 FORT WORTH, TEXAS (September 15, 2021) – The GM Financial...
Read More

In celebration of Hispanic Heritage Month (September 15 to October 15), the Kimbell Art Museum will offer a selection of programs celebrating the rich cultural heritage of Latin America and Spanish-speaking communities. Visitors can participate in on-site and virtual...
Read More

Shelton Surprises Katie Lesikar with Front Row Tickets, Prize PackFORT WORTH, TX – Sept. 1– Inspired by the name and mission of his tour, award-winning entertainer Blake Shelton made it his goal to identify a special community member on each stop of the Friends And...
Read More

¡Celebramos! A Celebration of Hispanic Heritage in Fort Worth

FORT WORTH, Texas (August 24, 2021) — The Fort Worth Botanic Garden | Botanical Research Institute of Texas (FWBG|BRIT) invites guests to ¡Celebramos! A Celebration of Hispanic Heritage, from Sept. 15 through Nov. 7, including artistic performances and exhibitions,...
Read More

FROM DILAPIDATED TO REJUVENATED: HISTORIC THEATER IN FORT WORTH STOCKYARDS OFFICIALLY OPENS ITS DOORS TO AUDIENCES AFTER 30 YEARSNewly renovated Downtown Cowtown at the Isis Theater announces its first live family-friendly event (Fort Worth, TX, May 11, 2021) --...
Read More

Willie Nelson – November 20, 2021 Country music legend, Willie Nelson will take the stage on Saturday, November 20th. A friend of Billy Bob’s since the very beginning, Willie will return for his 58th show at The World’s Largest Honky Tonk. His first show took place on...
Read More