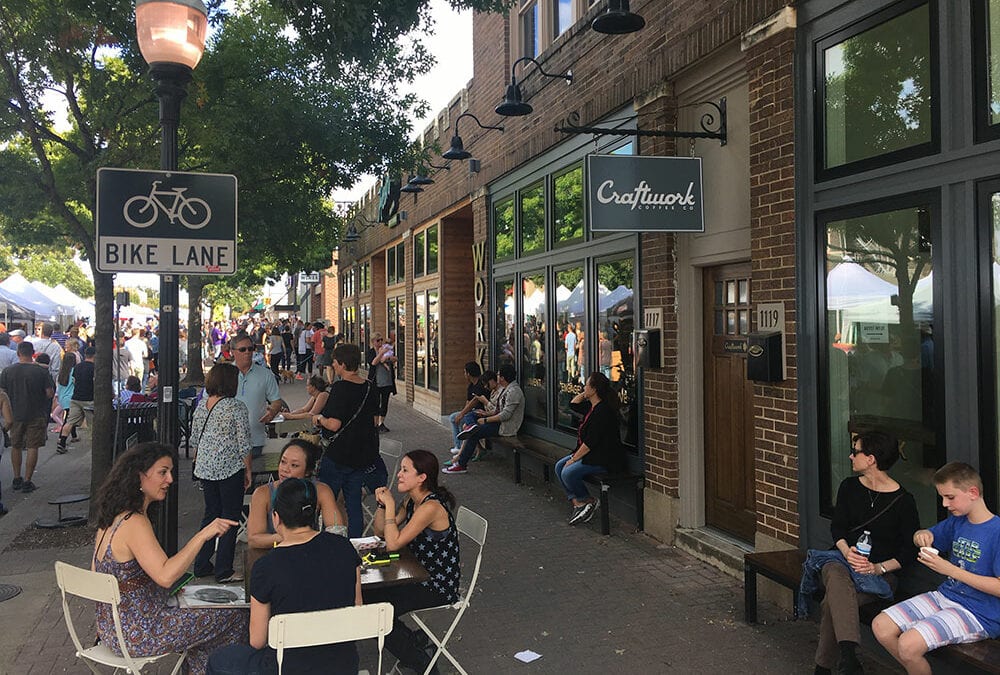 This cultural district designation will open the door for new funding opportunities. Not only will Near Southside Arts (NSA) and other nonprofits located inside the district have the opportunity to apply for TCA grants, but the nearly 1,400-acre district will be recognized by the state as a destination for arts investments.

“We’re proud that the Near Southside is gaining recognition as a hub for creativity and growth.” Mike Brennan, Near Southside, Inc. President said in regard to receiving cultural district designation, “This community is filled with dreamers, artists, and risktakers that deserve to be recognized, and we are so honored to see our thriving district receive this support and validation.”

For over two decades, the Near Southside has placed cultural investment at the center of its revitalization. The district hosts arts-centric community events including ArtsGoggle, Open Streets, Friday on the Green, and Park(ing) Day that together attract over 100,000 attendees from around North Texas annually. In addition, the Near Southside is home to many of Fort Worth’s notable theaters, live music venues, recording studios, chef-led restaurants and art schools. Leaders from Amphibian Stage, Stage West, SiNaCa Studios, Studio Cufflink, and various other arts organizations serve on the NSA Cultural Committee established last year to guide the application and planning process as the district sought designation. The committee was chaired by pioneering cultural investor Jennifer Henderson, founder of J.O., Gallery 440, and the The Cause Agency, and the effort’s branding and communications are a direct result of her involvement.

“To us, this designation is proof that Near Southside has our priorities right,” said Megan Henderson, Director of Events and Communications Near Southside, Inc. “We’re proud to see our creative community and unique Near Southside culture flourish for the past 25 years and now, with the support of TCA, we know Near Southside Arts will be an important catalyst as we begin our next chapter of growth.”

You’ve spent the past several months cooped up inside your home, itching to get out. Finally, there’s some relief: Restrictions due to the pandemic are being slowly relaxed, allowing museums, live music venues and other local entertainment destinations to open. All...
Read More

Across the state of Texas, October is known as Texas Wine Month, a 31-day-long celebration of Texas wines and the Texas Wine Industry. Texas is the fifth-largest wine-producing state in the nation, with more than 400 wineries and over 5,000 acres of producing vineyard...
Read More

The Fort Worth Botanic Garden annual fall plant sale returns Sept. 26 through Sept. 29 – online only. Stock up on mums, autumn sage and more while enjoying access to planting advice from Master Gardeners. Members have access to a one-day preview sale on Sept. 25 as...
Read More

We are happy to announce that Magnolia at the Modern, an ongoing series featuring critically acclaimed films, resumes on Friday, September 18, in the Modern’s auditorium.   New adjusted showtimes: Friday 4:30 and 7:30 pm, Saturday 5 pm, Sunday noon and 3 pm...
Read More

WHAT: Cowtown Winery is excited to open its Mule Alley location, located in the heart of Fort Worth's historic Stockyards. With grapes fermented and bottled in Fort Worth, Cowtown Winery offers a range of wines for every taste. Patrons can sip on wines by the glass,...
Read More

FORT WORTH, TX  – In light of the impact of current world issues on Fort Worth’s musicians today, Fine Line Group, the Family office of Sasha and Edward P. Bass, announced the launch of SOUNDS OF RESILIENCE. The second in a series of competitive grant programs...
Read More

International Beer Day is a great time to check out WHAT’S UP with Fort Worth’s now famous ALE TRAIL.  From a local nano brewery, to a nationally recognized brewery that produces over 20,000 barrels of beer a year, the Fort Worth Ale Trail will introduce you to a...
Read More

Aug. 7 - 9, 2020 During the COVID-19 pandemic, the Comptroller encourages all taxpayers to continue practicing social distancing and support Texas businesses while saving money on tax-free purchases of most clothing, footwear, school supplies and backpacks (sold for...
Read More