Next at Stage West: Guards at the Taj 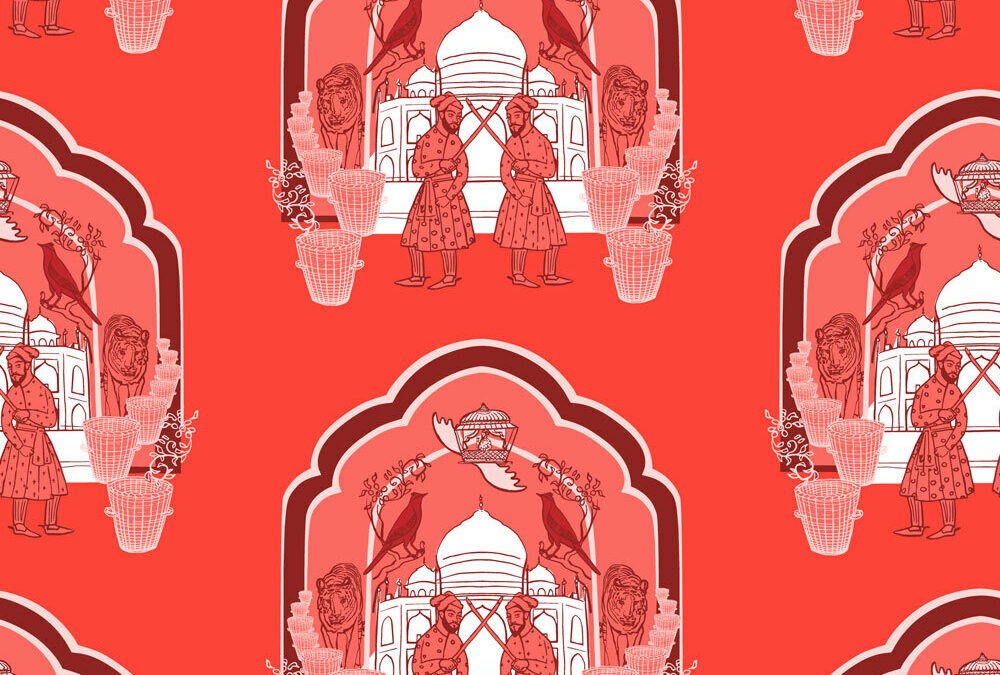 THE PRICE OF PERFECTION

What kinds of sacrifices can be demanded in the pursuit of beauty and perfection?  Do friendship, health, even life, rank as acceptable losses?  This question is at the center of Rajiv Joseph’s funny and deeply moving Guards at the Taj, winner of both Obie and Lucille Lortel Awards in 2015, which begins Stage West’s 44th season with a 5-week regional premiere run Thursday, October 20.

Humayan and Babur are two lowly Imperial guards, keeping watch over the walls around the newly completed Taj Mahal on the last night before it is revealed to the public in all its glory. Despite their differences (Humayan is a believer in discipline and rule-following, while Babur is a dreamer who questions pretty much everything), these two have forged a deep friendship, and they banter to pass the time. Unfortunately, they eventually come to the realization that, due to their lowly status, they will be responsible for carrying out a horrific task decreed by the Emperor. Come morning, they have no choice but to comply, and so they do, but it changes them irrevocably.  Can their friendship survive? Can they?  And is a creation of such astounding beauty worth such a terrible price?

This haunting play is sure to stay with audiences long after the curtain comes down.

“A piercing examination of the nature of beauty, its relationship to power, and its unspeakable costs.” – Chicago Reader

Rajiv Joseph received his B.A. in Creative Writing from Miami University and his M.F.A. in Playwriting from NYU’s Tisch School of the Arts, and he is currently a Language Lecturer at NYU. His play Bengal Tiger at the Baghdad Zoo was awarded a grant for Outstanding New American Play by the National Endowment for the Arts. Rajiv’s New York productions include Animals Out of Paper (Second Stage Theatre, summer 2008), The Leopard and the Fox (Alter Ego, fall 2007), Huck & Holden (Cherry Lane Theatre, 2006), and All This Intimacy (Second Stage Theatre, 2006). In Los Angeles Huck & Holden was produced by The Black Dahlia Theatre in 2006. Through the Lark Play Development Center, Rajiv has traveled to Mexico and Romania, where Bengal Tiger at the Baghdad Zoo was translated into Spanish and Romanian, respectively, and performed in staged readings. Rajiv has been awarded the Paula Vogel Award by the Vineyard Theatre and the 2009 Kesselring Fellowship. Rajiv is a Founding Member of the new New York based theatre company The Fire Department and was a contributing writer on their first two theatrical events, Speakeasy and At War: American Playwrights Respond To The War In Iraq. He is a former Lark Playwriting Fellow and Dramatists Guild Fellow. His plays have been published by Samuel French, Dramatists Play Service, and Smith & Kraus. with the School of Art and Public Policy and the Expository Writing Program. He served for three years in the Peace Corps in Senegal, West Africa.

Guards at the Taj will be directed by Shyama Nithiananda, seen at Stage West in last season’s JQA.  The cast features Dhruv Ravi as Babur and Rahul Joshi as Humayun, both making their Stage West debuts.  Mr. Ravi’s credits include As You Like It for Shakespeare Dallas and Taming of the Shrew for Ithaca Shakespeare Company, while Mr. Joshi’s credits include Ocean in a Teacup at Theatre Row, NYC and God of Carnage at American Academy of Dramatic Arts, NYC.

Set design is by Brian Clinnin, with lighting design by Bryan Stevenson, costume design by Amy Poe, sound design by Ryan Simón, and props and set décor by Lynn Lovett.

Guards at the Taj will preview Thursday, October 20 at 7:30 and Friday, October 21 at 8:00, and will run through Sunday, November 20.  The opening night reception will be after the performance on Saturday, October 22. Performance times will be Thursday evenings at 7:30, Friday and Saturday evenings at 8:00, with Sunday matinees at 3:00.  Masks are recommended, but not required at this time. Ticket prices are $40 on Thursdays and Fridays, and $45 on Saturdays and Sundays, with $20 tickets for the two preview performances.  Food service is available 90 minutes prior to performances (reservations are advised).  Reservations and information are available through the Box Office (817-784-9378), or on the website, www.stagewest.org.

NOTE: this play contains depictions of violence and some strong language.

Members of the media may attend Saturday, October 22, or any performance thereafter.