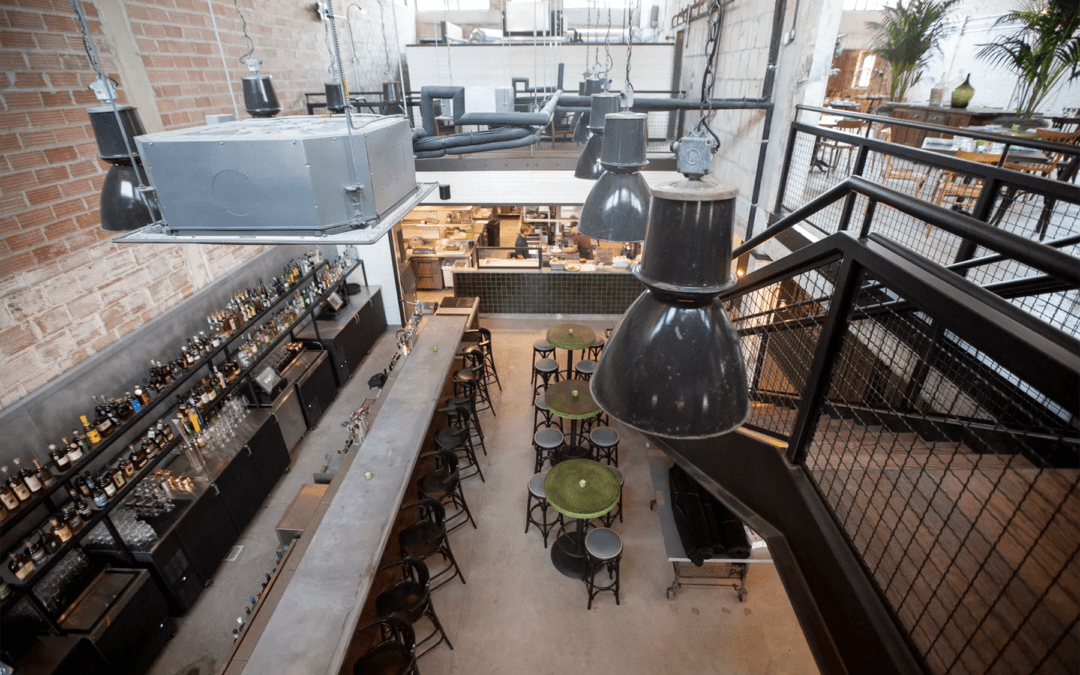 Provender Hall, the new American comfort food concept from restaurateur Chef Marcus Paslay (Piattello Italian Kitchen, Clay Pigeon), is officially open in Mule Alley at the Fort Worth Stockyards. Following the openings of Lucchese, MB Mercantile, American Paint Horse Association, and Simplifi, Provender Hall is the most recent tenant opening in the newly-renovated Mule Alley. With the opening of this highly anticipated signature restaurant, Paslay is helping modernize the district while honoring the historical past of the Fort Worth Stockyards.

“We’ve been looking forward to this opening since we first heard the concept, and we’re so excited to share Provender Hall with guests from Fort Worth and beyond. Provender Hall is one of the restaurants that makes Mule Alley so special and preserves our city’s rich history. The restaurant exemplifies what the Stockyards represents, a place that honors traditional western culture with modern innovation,” said Majestic Realty Co. Executive Vice President Craig Cavileer.

Provender Hall was named as a nod to the area’s historical and cattle-centric history and is modeled as a true Texas brasserie with a menu that spans from oysters on the half-shell and chicken gumbo to a buffalo tenderloin, with salads and sides such as crispy okra, braised greens and cheddar-cheese grits also on offer. Many of the dishes focus on the element of smoke, with live fire playing an important role. The supper menu includes a smoked chicken half-bird with chimichurri and grilled lemons, blackened shrimp and grits with a blistered tomato beurre blanc, and a smoked pork chop with a white-bean stew.

The spirited, two-story, near-5,000-square-foot lofted space features a greenhouse-like entry that gives way to a dignified bar. The first floor houses the open-air kitchen and offers dining options and spacious areas for diners to relax before or after the meal. On the second level is a large dining room enveloped in the barn’s signature rehabilitated bricks. Clerestory windows flood light throughout the two story restaurant with original elements such as the early 1900’s fire doors showcased throughout. The dining room is flanked by period details, including two catwalks that overlook the first floor. An expansive patio along the iconic Exchange Avenue will be open for patrons to dine on in the coming weeks.

“The opening of Provender Hall reflects an important milestone in the Fort Worth Stockyards’ new history and for the city of Fort Worth. This is a one-of-a-kind restaurant that guests will travel far and wide to visit for its unique cuisine, design, and experience. It is built to appeal to the discerning tastes of the locals and will be the new go-to place for your favorite night out with friends. From the design and historic setting to the perfectly executed menu and acclaimed chef, Provender Hall is exactly what we were hoping for as our flagship restaurant,” says M2G Ventures Co-Founder Jessica Miller Essl.

Marcus Paslay is cooking with Chef Scott Lewis, who also helms Piattello Italian Kitchen. Lewis takes on a new role with the opening of Provender Hall, overseeing kitchen operations at all of Paslay’s restaurants. Front-of-house operations will be steered by Kellen Hamrah, who also has a new role in managing bar and service for the three restaurants.

Provender Hall joins Shake Shack as the two eateries now open in Mule Alley. Guests can look forward to dining at The Biscuit Bar, Sidesaddle Saloon, and 97 West Kitchen in Bar at Hotel Drover in Mule Alley later this year.

Provender Hall is located at 122 E. Exchange Ave. and is open Sunday and Thursday, 4:30–9 p.m. and Friday/Saturday, 4:30­–10 p.m., with upcoming lunch hours that will be announced shortly. For more information on Provender Hall, please visit https://www.provenderhall.com/ and for more information on Mule Alley and the Fort Worth Stockyards, please visit https://fortworthstockyards.com/.

ABOUT CHEF MARCUS PASLAY
Arlington, Texas, native Marcus Paslay opened Clay Pigeon in Fort Worth in 2013 to widespread critical acclaim. In January 2017, Paslay opened his second restaurant, Piattello Italian Kitchen, in Fort Worth’s Waterside development, to a similar reception. In 2018, Texas Monthly named it one of the Ten Best New Restaurants in Texas. Featuring in-season, house-made dishes—the core of his cooking philosophy—Paslay’s restaurants reflect his passion for good food and fine dining with a personal touch. Paslay graduated from the Culinary Institute of America in Hyde Park, NY, in 2006, and then honed his culinary skills at some of the finest restaurants across the country including the Four Seasons in Vail; Canlis in Seattle; Rough Creek Lodge in Glen Rose; and Neighborhood Services in Dallas.

ABOUT STOCKYARDS HERITAGE DEVELOPMENT COMPANY:
Stockyards Heritage Development Co. is a partnership between nationally recognized developer Majestic Realty Co. and Fort Worth’s Hickman Investments. Created with the intention of thoughtfully reimagining the historic Fort Worth Stockyards, the company is dedicated to preserving the National Historic District legacy while elevating it with experiences for locals and visitors from abroad. Accomplished through a public/private partnership with the City of Fort Worth and Tarrant County, the project’s first phase, Mule Alley, broke ground in the fall of 2018 to include the renovation of the destination’s historic,100-year-old horse and mule barns into a street of curated shops, restaurants, retail and office spaces. The project also includes the ground-up development of the area’s first four-star Marriott Autograph Collection boutique hotel and rustic resort, Hotel Drover, which is set to open later this year.

The National Cowgirl Museum and Hall of Fame will welcome five 2021 Inductees at the 45th Annual Induction Luncheon and Ceremony. The luncheon will be held on Tuesday, April 27, 2021 at the Dickies Arena. These incoming Hall of Fame members represent a wide range of...
Read More

The Texas A&M University Aggies and the Texas Christian University Horned Frogs men’s basketball programs are set to face off at Dickies Arena on Saturday, December 12 during the annual Lone Star Showdown presented by Simmons Bank. This matchup will mark the first...
Read More

HOLIDAY LIGHTS, THEATRE, CONCERTS & BALLET (oh and a Virtual Parade of Lights) Tis' the season for all things merry and bright in Fort Worth! Looking for a way to celebrate the holidays with the your loved ones? Look no further! We've compiled an excellent list of...
Read More

Veterans Day in Fort Worth

2020 Veterans Day Celebrations Looking for a way to safely celebrate the incredible sacrifces that our Veterans have made for our nation? From a memorial motorcade to special events for Veterans and first responders themselves, Fort Worth has multiple opportunities to...
Read More

Celebrate the Holidays with Luminova!

by Worth Media | November 6, 2020 | Family Fun, Festivals, Fort Worth News & Events, Holidays in Fort Worth | 0 Comments