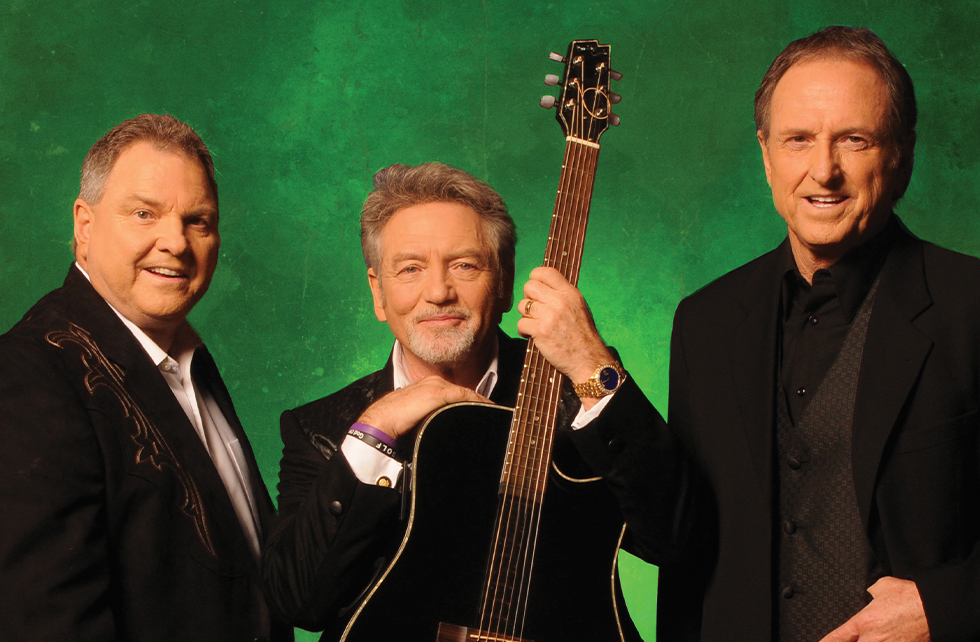 FORT WORTH, Texas (August 9, 2021) – Performing Arts Fort Worth, the non-profit owner and operator of Bass Performance Hall, announced today the 2021-2022 lineup for the BNSF Popular Entertainment Series. The lineup features several audience favorites, as well as one-of-a-kind pairings and a new touring production showcasing the impact of music on pop culture.

The 2021-2022 series kicks off with the return of BRUCE ROBISON & KELLY WILLIS’ HOLIDAY SHINDIG at McDavid Studio in December, followed by country music legends THE GATLIN BROTHERS AND CRYSTAL GAYLE appearing together for the very first time on the Bass Hall stage. Ring in the new year a little early when ROBERT EARL KEEN returns to Bass Hall. Celebrate friendship in April with DANIEL TIGER’S NEIGHBORHOOD LIVE! and get ready to travel back in time when THE BRITISH INVASION- LIVE ON STAGE sweeps through Bass Hall in May. Also featured will be the SOUNDS OF RESILIENCE live concert event, a one-night only showcase of some of Fort Worth’s highly-talented local musicians. Individual tickets to all six shows will go on sale Friday, August 13.

“We are so excited not just to return to live theater,” said Performing Arts Fort Worth President and CEO Dione Kennedy, “but to welcome back the best of live entertainment, from concerts to holiday shows to family entertainment, right here in Fort Worth.”

“As we plan to gather again, we look forward to seeing the return of some of the holiday shows we’ve always welcomed here at the Hall, as well as some new shows for patrons of all ages,” Kennedy said. “Our top priority is providing a safe environment to enjoy live performing arts experiences together again. We will continue to follow CDC and industry health and safety guidelines as we refine our reopening plans with leaders in science, technology, and medicine.”

To view the latest health and safety protocols that will be in place at Bass Hall, please visit www.basshall.com/reopeningplans. Performing Arts Fort Worth will continue to update and adjust Bass Hall’s reopening plan protocols as COVID-19 guidelines evolve.

Led by the Fine Line Group, the family offices of Sasha and Edward P. Bass, in partnership with Gallery of Dreams, and with support from the Alice L. Walton Foundation and the Tartaglino Richards Family Foundation, Sounds of Resilience provided highly focused financial support to 41 talented musicians whose work brings the Fort Worth community together to reflect on their recent experiences in the world and to begin driving change and healing through music.

Out of 41 artists, 6 were chosen to receive $5,000 grants. These finalists will showcase their own original songs they submitted for Sounds of Resilience as well as perform with their fellow finalists live on stage. Experience some of Fort Worth’s highly-talented local artists for a one-night only event unlike any other.

BRUCE ROBISON & KELLY WILLIS’ HOLIDAY SHINDIG (December 1, 2021, at McDavid Studio) Bruce Robison and Kelly Willis return to McDavid Studio to celebrate the holidays, like only they can. Each renowned for crafting some of the most enduring music on the vast country and Americana landscape, the Texas twosome will perform sawdusty favorites from their recent duet record, Beautiful Lie, songs from their own extensive solo catalogs and, of course, holiday favorites, old and new. Spend the holidays with Texas’ finest country couple.

THE GATLIN BROTHERS AND CRYSTAL GAYLE – HOLIDAY & HITS (December 13,2021, at Bass Hall) Country music legends The Gatlin Brothers and Crystal Gayle grace the Bass Hall stage for the very first time in this brand-new holiday special. These musical acts have wowed audiences across the country and the globe, but never have they appeared together, until now. Don’t miss an evening featuring a catalog of hits and holiday favorites.

ROBERT EARL KEEN (December 30, 2021, at Bass Hall) One of Fort Worth’s favorite holiday traditions is back! Robert Earl Keen returns for his Eve of New Year’s Eve concert at Bass Hall this holiday season. Ring in the new year with an evening of Americana hits and holiday tunes featuring REK’s famous Bluegrass flare.

In Daniel Tiger’s Neighborhood Live, Daniel Tiger and his family along with O the Owl, Miss Elaina, Katerina Kittycat, Prince Wednesday, and more familiar friends will take audiences on an interactive adventure to the Neighborhood of Make-Believe, sharing stories of friendship, helping others and celebrating new experiences. The live show features new songs and fan-favorites series, including the beloved “Won’t You Be My Neighbor?” The live theatrical production is filled with music, dancing, and wonderful surprises that will warm the hearts of preschoolers, parents, and grandparents alike.

THE BRITISH INVASION – LIVE ON STAGE (May 4, 2022, at Bass Hall) On Sunday, February 9, 1964, close to 50 percent of U.S. television viewers tuned in to the number one variety show of the era, The Ed Sullivan Show, to see the American debut of a British group called The Beatles. This was the beginning of a cultural phenomenon known as the British invasion. On May 4 at Bass Performance Hall, audiences will experience The British Invasion – Live on Stage an all-new live theatrical and concert event that showcases the most popular music from that era. Featuring songs from The Rolling Stones, Dave Clark 5, The Animals, The Kinks and Dusty Springfield, this immersive multimedia show will place the audience front and center of pop culture history.

From the producers of The Simon and Garfunkel Story, The British Invasion – Live on Stage will showcase the music and how it impacted art, fashion, literature, changing the very essence of pop culture and redirecting history. Featuring an all-live band with huge projection period photos along with original film footage, the show will focus on British music that dominated the charts and the airwaves with bands such as Manfred Mann, The Searchers, Gerry & The Pacemakers, The Zombies, Freddie & The Dreamers, and Herman’s Hermits along with dozens more.

About Performing Arts Fort Worth

The mission of the Nancy Lee and Perry R. Bass Performance Hall is to serve as a permanent home to major performing arts organizations of Fort Worth and as a premiere venue for other attractions so as to enhance the range, quality, and accessibility of cultural fare available to the public; to promulgate arts education; and to contribute to the cultural life of Fort Worth, Tarrant County, and the region.

Built entirely with private funds, Bass Performance Hall is permanent home to the Fort Worth Symphony Orchestra, Texas Ballet Theater, Fort Worth Opera, the Van Cliburn International Piano Competition and the Cliburn. Each resident company operates independently from Performing Arts Fort Worth and manages its own programming schedule at Bass Hall.

Performing Arts Fort Worth, the nonprofit organization that owns and operates Bass Hall, also presents national touring Broadway product under the Broadway at the Bass banner, as well as programming that includes the BNSF Popular Entertainment Series.

The 2,042-seat multipurpose Hall is characteristic of the classic European opera house form. An 80-foot diameter Great Dome tops the Founders Concert Theater while two 48-foot-tall angels grace the Grand Facade. Since the Hall opened in May 1998, the angels have become preeminent cultural icons of the Dallas-Fort Worth community.