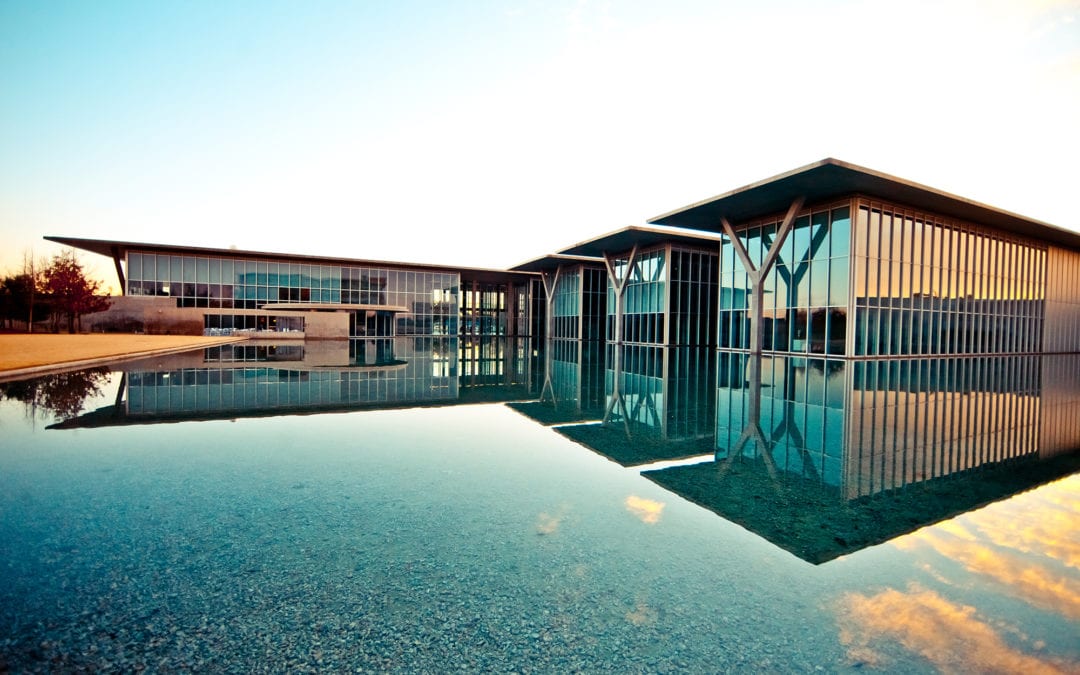 The Modern Art Museum of Fort Worth has played a huge role in placing Fort Worth on the map for Arts. While viewing their gallery and exploring museum is an unparalleled experience, they’re always at work providing outstanding digital and virtual experiences.  This just in from the team over at The Modern…

Experience the Modern Art Museum of Fort Worth‘s film and video collection from home with our new program Modern TV. Every other Saturday at 7 pm, free screenings of videos by leading contemporary artists will be livestreamed with a link from the Modern’s website,
www.themodern.org/node/5043.

We invite you to stay connected with us through our online resources and special events. Visit https://www.themodern.org/online-learning-programs and follow us on social media for updates and opportunities.

Yinka Shonibare’s Odile and Odette, 2005, portrays an account of Tchaikovsky’s famous ballet Swan Lake. The ballet tells the story of a prince who must choose between the good swan, Odette, and the bad swan, Odile. Traditionally, the two roles are danced by the same ballerina, with Odile in black clothes and Odette in feminine, finer garments. In Shonibare’s Odile and Odette, one black and one white ballerina dance the parts on either side of an empty gold frame, mirroring each other’s movements. Both dancers wear pointe shoes and tutus of batik cloth, a fabric associated with the European colonization of West Africa. By editing the film so that the two women perform interchangeably, as equals, Shonibare nods to the fundamentally erroneous narratives that fuel colonialism and racism. “The roles – one as the ego and one as alter – in my version are more ambiguous: you would not necessarily be able to tell who is the bad swan and who is the good one,” says Shonibare.

Robert Smithson is best recognized for earthworks such as Spiral Jetty, 1970, a swirling 1,500-foot-long landmass comprised of rock, dirt, and salt that juts out from the shore into the Great Salt Lake. Known for disappearing and reappearing as the water level of the lake fluctuates, the work is a testament to the artist’s interest in environmental shifts and unstable situations – ideas that continue to have great urgency today. The film Spiral Jetty, a “portrait” of the monumental earthwork, is an artistic endeavor of its own identity. Featuring voiceovers by Smithson and juxtaposing the industrial violence of Spiral Jetty’s construction with the peaceful beauty of its surroundings, the film provides an ambivalent, disorienting perspective of the artist’s iconic work.

Melanie Smith’s Spiral City, 2002, is a response to Smithson’s Spiral Jetty earthwork and related film. Her video transforms a brief aerial journey above the streets of Mexico City into a meditation on history and modernity, time and space, order and chaos. Founded on an island in Lake Texcoco nearly 700 years ago, Mexico City has grown into one of the world’s most crowded and polluted urban areas. Filmed from a helicopter as it climbs in widening spirals, Spiral City confronts the city’s unending grid of streets and buildings. As Spiral Jetty testifies to the entropic processes of natural materials, Spiral City suggests that the urban environment is subject to crystalline-like patterns of growth and erosion.

January in the Stockyards

An Evening With Michael Bublé Tour at Dickies Arena Rescheduled

Sidesaddle Saloon A craft-cocktail and wine bar from the team behind Taco Heads and Tinie’s Mexican Rotisserie is coming to Mule Alley. Sidesaddle pays homage to the spirit of the American cowgirl, guests can expect curated cocktails and Texas-style tapas in a...
Read More

FORT WORTH, TEXAS (December 2, 2020) – In celebration of the 2020 Wrangler® National Finals Rodeo (NFR) being held in Texas this year, Stockyards Heritage Development Co. is pleased to share an overview of the Mule Alley events and retail specials taking place...
Read More

The National Cowgirl Museum and Hall of Fame will welcome five 2021 Inductees at the 45th Annual Induction Luncheon and Ceremony. The luncheon will be held on Tuesday, April 27, 2021 at the Dickies Arena. These incoming Hall of Fame members represent a wide range of...
Read More