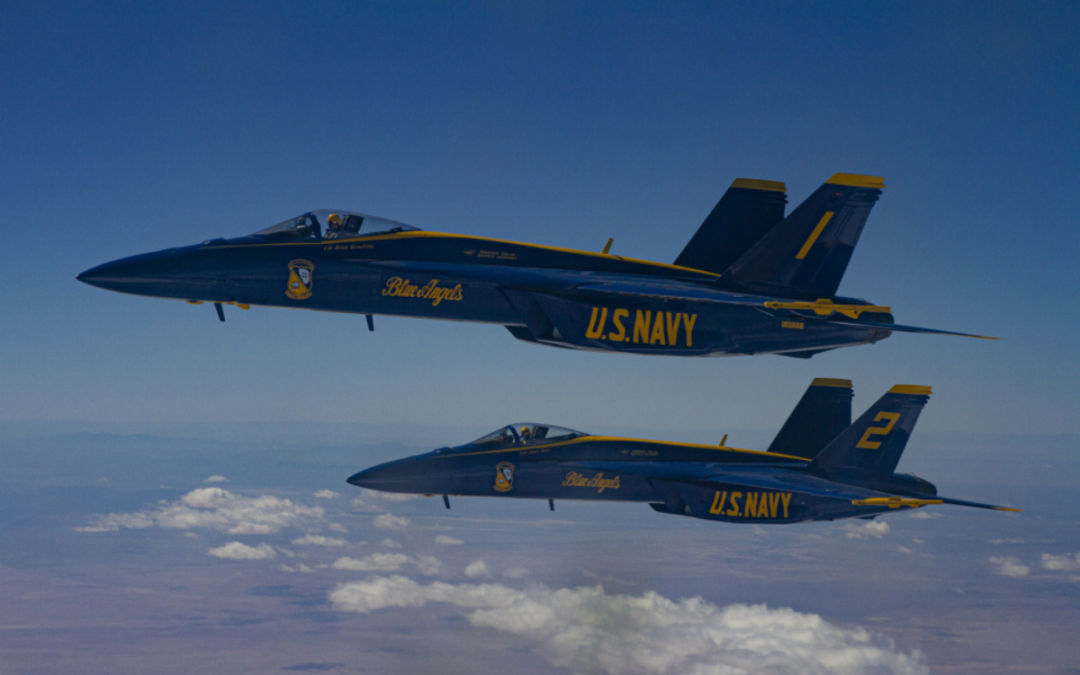 The renowned U.S. Navy Blue Angels will soar through the North Texas skies at the 31st Anniversary of the Bell Fort Worth Alliance Air Show Oct. 23-24 at Fort Worth Alliance Airport. 2021 marks the 75th Anniversary of the Blue Angels, the Navy’s very own flight demonstration squadron. The Blue Angels was initially formed in 1946, making it the second oldest formal aerobatic team (under the same name) in the world, after the French Patrouille de France formed in 1931.

There are ticket options for purchase at AllianceAirShow.com for premium and general admission parking, an exclusive area for photographers and seating with a buffet lunch are available. There will be no tickets sold on-site. With premium and general admission parking, each vehicle will be appropriately separated – with one space for the vehicle and the adjoining space for guests to park, picnic and play. Guests still will be able to photograph, see and feel the heart-thumping roar of the Blue Angels and other best-in-class performers.

“New for 2021, we’ve added the Landing Zone, a 1.5-acre area full of interactive, educational and fun exhibits and activities for all ages,” said Christina Carey, director of special projects for Alliance Air Productions, producer of the event and a nonprofit organization created by Hillwood.

ABOUT THE BELL FORT WORTH ALLIANCE AIR SHOW

The Bell Fort Worth Alliance Air Show is one of the largest, longest-running and most successful civilian air shows in the nation. An all-encompassing community event, the air show showcases our nation’s armed forces; Dallas-Fort Worth’s important aerospace and aviation industries; education and workforce development programs across the region; and the very best in family entertainment. Alliance Air Productions, a nonprofit 501(c)(3) organization and producer of the air show, is a subsidiary of Hillwood, the developer of the 26,000-acre AllianceTexas project that is home to Fort Worth Alliance Airport. Since 2006, the Bell Fort Worth Alliance Air Show has distributed more than $780,000 of its proceeds to more than 80 nonprofit organizations across North Texas. For information, see AllianceAirShow.com.

A NEW FULL SEASON OF UNIQUE OPERATIC AND MUSICAL EXPERIENCES INCLUDING CONCERTS, RECITALS, SYMPHONIC CHORALES, AND A SPECTACULAR SEMI-STAGED CONCERT PRODUCTION OF AIDA FEATURING THE FORT WORTH SYMPHONY ORCHESTRA The 22/23 season brings forth FORT WORTH OPERA's...
Read More