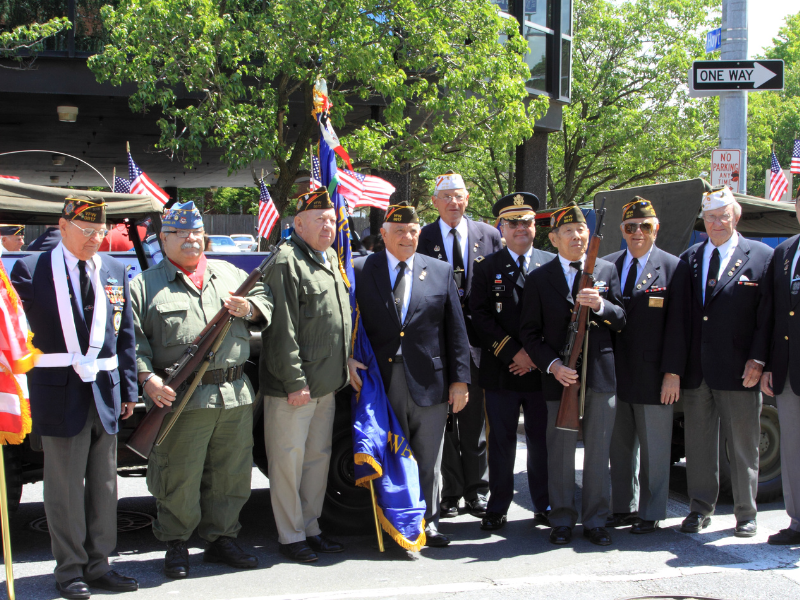 Downtown Fort Worth – 11am

Saluting Buffalo Soldiders is the theme of the 2022 Tarrant County Veterans Day Parade. This year’s celebration steps off on Friday, Nov. 11, at 11 a.m.

Participants will form up in the Fort Worth Panther Island Pavilion parking lot, march down North Forest Park Blvd. along the Clear Fork of the Trinity River and return.

“Everyone can join in our salute to Buffalo Soldiers and all military veterans who have, are and will continue to make great contributions,” notes Parade Chairman Ken Cox. “On this website you can learn how to support, volunteer, and take part. “Will you consider joining this year’s celebration?” Cox asks. “If you’re not available, please help us spread the word… and we hope y’all can join our Cowtown salute on Veterans Day.”

The theme of this year’s Greater Dallas Veterans Day Parade is “Proud to be An American”. This theme is taken from Lee Greenwood’s popular song “God Bless the U.S.A.” which emphasizes the freedoms we have in these United States of America and the fact that it has been earned and must be defended.

What do we think of when we think of being proud to be an American? We might rightly so think of the Fourth of July—picnics, parades, fireworks, patriotic music and many, many flags. We might also think of other holidays where we have friends and family gatherings and celebrations—Thanksgiving, Christmas, Hanukkah, Ramadan, Cinco de mayo, and birthday parties of all ages. We might think of vacations and the ability and freedom to drive or fly anywhere in the United States and other free countries. We might think of having an abundance of food to eat, clothes to wear, shelter to warm and cool us and good, clean water to drink. And most importantly we have the freedom to worship as we please.

This song emphasizes the freedoms we have in these United States of America and the fact that they have been earned and must be defended. These freedoms are outlined in the Declaration of Independence, Constitution and Bill of Rights.

The Declaration of Independence declares that we are a nation where all men and women are created equal and are “endowed by their Creator with certain unalienable Rights, that among these are Life, Liberty and the pursuit of Happiness.” The declaration goes on to address the grievances the colonies had against the King of Great Britain and ends with the pronouncement that the Colonies are free and independent states and are free of allegiance to the British Crown and have full power to levy War, conclude Peace, contract Alliances, establish Commerce, and to do all other Acts and Things which Independent States may of right do.

The democracy we live in today is due to these instruments. It has been defended by our men and women in uniform and their support at home many times in our country’s almost 250 years of existence. This starts with the American Revolution and carries on with the War of 1812, Mexican War, the Civil War, the Spanish American War, WWI, WWII, the Korean Conflict, the Vietnam War, the Gulf War, the Global War on Terrorism and Operation Iraqi Freedom.

Now we are watching the Russian-Ukraine War and are ready to defend our freedom as well as many other peace loving nations if necessary. Our men and women in uniform are ready to serve and protect us and the nation we live in. Let Freedom Ring as the song so patriotically says.