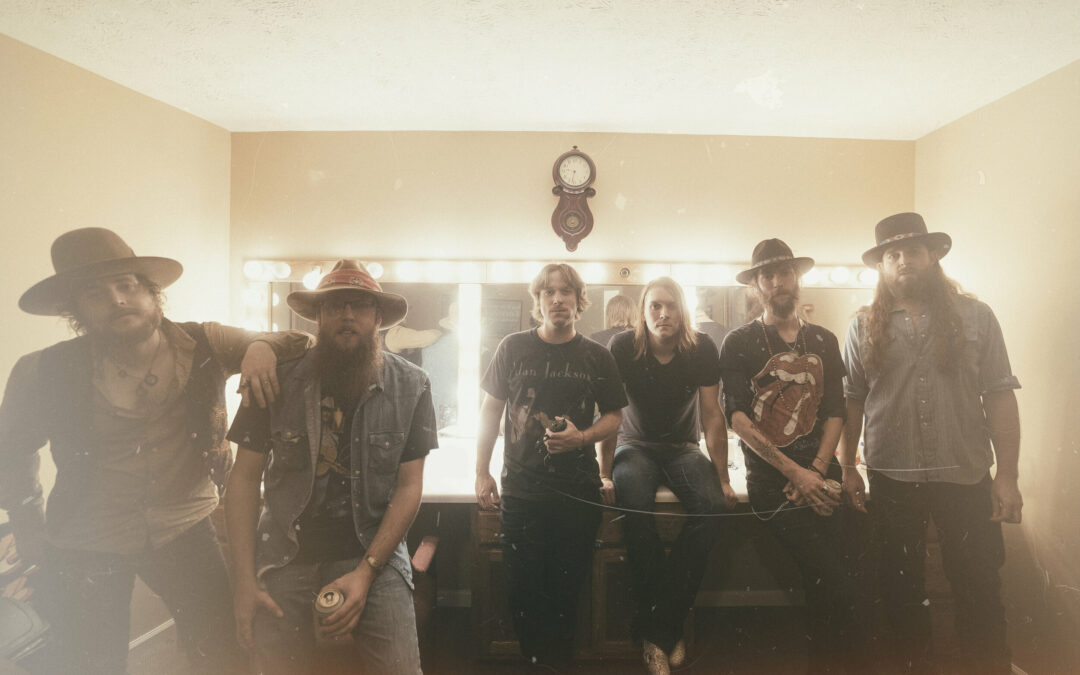 With anticipation growing around their sixth studio album Tornillo, set for release July 29 via the band’s own Wiggy Thump Records with distribution by Thirty Tigers, genre-bending band Whiskey Myers continue to build upon the growing success of consistently sold-out shows.  The Tornillo Tour has added 16 cities to their Tour this fall, including Fort Worth, making the stop to Dickies Arena on Saturday, October 15th featuring the Read Southall Band and The Weathered Souls.

Tickets for the Fort Worth show go on sale to the general public Friday, May 6 at 10 a.m. via Ticketmaster.com.  To be a part of the venue pre sale on Thursday, May 5th, fans can sign up for the mailing list at https://dickiesarena.com/mailing-list/.

Last week, Whiskey Myers offered a further glimpse at full-length Tornillo with the release of “Whole World Gone Crazy,” with American Songwriter declaring in an exclusive premiere, “the bluesy-southern rock blending tune places Whiskey Myers in a league of their own with their signature hard-rocking sound on full display… Saddle up and settle in because Whiskey Myers is ready to take listeners on a country, rock, and blues-infused wild ride.”
“I wrote ‘Whole World Gone Crazy’ back in April of 2020. There was so much hysteria going on in the world before and around that time that this song just sort of came out of me,” lead guitarist John Jeffers shared with the outlet. “Between COVID and everything else, everyone seemed to be going a little nuts. I felt like during all of that, most people were, and still are, just normal people trying to make it another day. Trying to keep their job, praying to the big guy upstairs and working on getting through some crazy times.”

“Whole World Gone Crazy” follows prior Tornillo early releases “Antioch” and lead single “John Wayne,” both of which earned praise as part of Billboard’s “First Country” celebrating the best new songs each week, with the outlet celebrating the former as “a biting track” with “horns, grinding guitars and a solid background vocal chorus” and “meaty Southern rock and blues” and the latter as “nearly five minutes of righteous southern rock, which arrives via a swampy mesh of soul and funk,” continuing, “Cody Cannon’s raspy growl leads a flurry of sizzling guitar, thumping bass, swirling harmonica and flashes of horns, as this group continues pushing its boundaries.”

Tornillo offers the next chapter for the six-piece band that Cowboys & Indians declares is “on a course toward massive success” with Rolling Stone praising Whiskey Myers’ signature ability to “successfully blend hard rock and country twang” in a way that makes them “just as compelling, hard-rocking, and genre-crossing on record as they are onstage” as Billboard proclaims that the new music “is a worthy addition to the group’s already electrifying, rowdy live shows.”

For the most up-to-date information on the forthcoming album and all tour dates, visit WhiskeyMyers.comand follow on social media @WhiskeyMyers.